Parmigiano Reggiano is a unique and inimitable cheese, even in its History! From the early Middle Ages to today, the King of Cheeses is still produced in the same areas and from the same traditions. With this new article we will try to summarise the evolutionary path of Parmigiano Reggiano, from its origins to today.

The Benedictine and Cistercian monks (who, like it or not, are almost the only custodians of our culture from that period) invented an early version of Parmigiano Reggiano in the early Middle Ages (around the year 1000). In search of a cheese that would keep for a long time, easily (using only salt), while remaining good, they unwittingly began the history of one of the most famous dairy products in the world. The salt pans of Salsomaggiore and the milk of the cows reared in the Monasteries were the fundamental ingredients.

During this era, the whole Italian economy took a general upturn and began to take on a form similar to what we are used to seeing today, made up of trade, retail of products linked to the territory and exports both between Italian cities and to foreign countries. In fact, starting in the 15th century, Parmigiano Reggiano began to be produced not only in Parma and Reggio Emilia, but also in Modena, as well as being exported to France, Germany and Spain. The wheels began to be produced at a much more intense rate and to weigh up to 18 kg each.

This period marked the beginning of the history of the Controlled Denomination of Parmigiano Reggiano. Unfortunately, there were already many attempts at imitation at the time. This is why with an act of 1612 the Duke sanctioned the Denomination of Origin throughout Europe, which is still the basis recognised by the EU today.

From the 20th century to today

As we have already mentioned, Parmigiano Reggiano has continued to be produced using virtually the same methods as its origins, with the exception of a few innovations introduced in the short century such as whey grafting and steam heating. In 1934, producers from Parma, Reggio, Modena and Mantua came together to approve a mark of origin. In 1954, after a resumption of production after the war, we have the first Italian law on denomination of origin. In 1992, EEC Regulation 2081/1992 on Protected Designations of Origin, PDOs, was approved (later supplemented by Regulation (EEC) 510/2006): in 1996, Parmigiano Reggiano was recognised as a European PDO (source: Consorzio del Parmigiano Reggiano). The history of today and tomorrow is now ours to write! Stay safe at home! We bring you Parmigiano Reggiano. 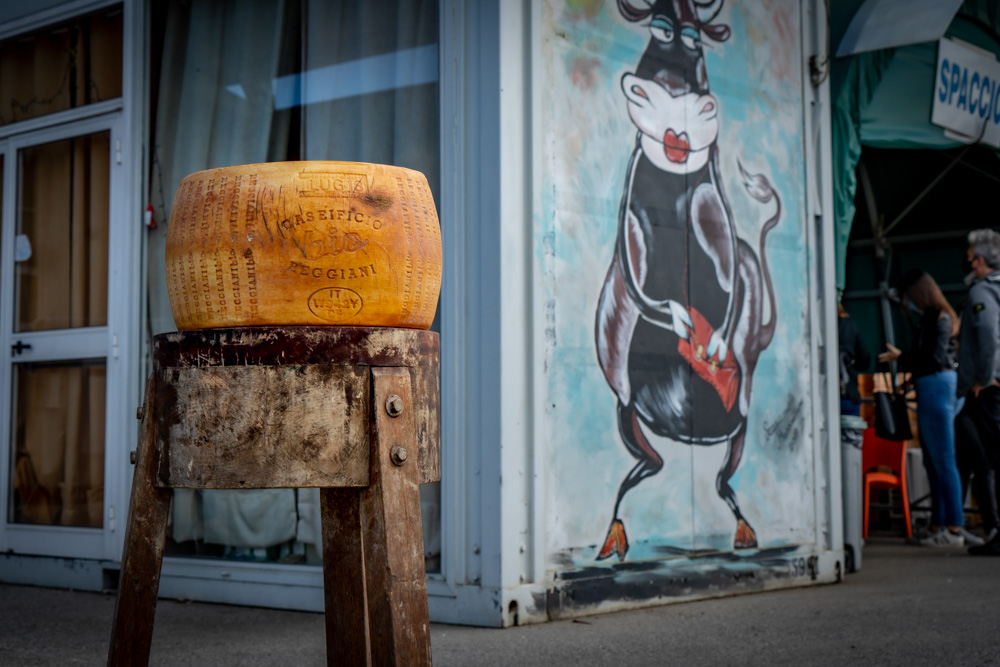 Keep up to date with news from the Caseificio BIO Reggiani!

Do you have any questions? Check out our Frequently Asked Questions.

You can contact us by email at any time: we will get back to you as soon as possible.

Fast and safe home deliveries with GLS and Bartolini.